Neuroplasticity and Mindfulness –
The Key to a Bigger and Better Brain 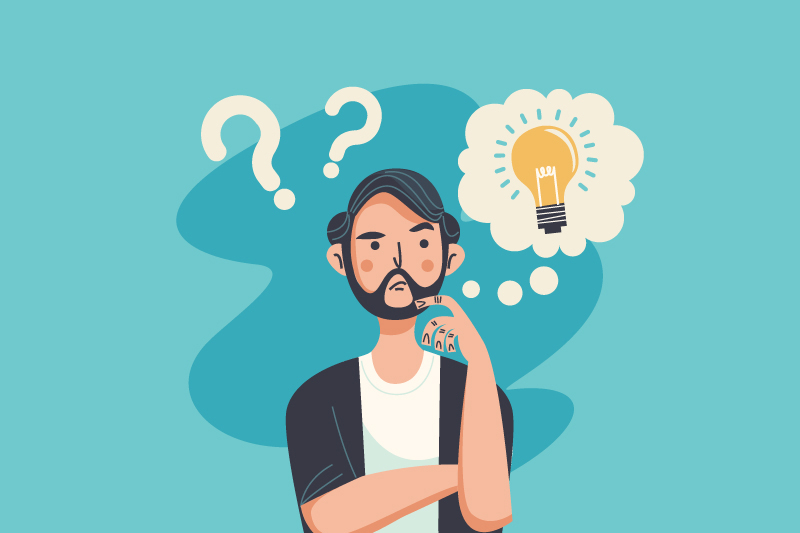 For centuries, it was thought that our brain’s potential was set at birth; that the brain was a “non-renewable organ” with a finite number of brain cells.

Even Santiago Ramón y Cajal, famed 19th century neuroscientist and the father of neuroscience, said that “in adult centers, the nerve paths are something fixed, ended, immutable. Everything may die, nothing may be regenerated” (Fuchs & Flügge, 2014).

However, recent scientific discoveries have debunked this myth that our brains are just ‘dementia-ticking time bombs’.

“Brains are actually
capable of growth and adaptability
throughout our lives and
it all boils down to ‘neuroplasticity’.”

Neuroplasticity is the ability of the brain to form new connections and the possible generation of new neurons in brains. This is known as neurogenesis.

As Dr. Campbell, a neuropsychologist from Washington DC, puts it:

“Neuroplasticity is the brain’s amazing capacity to change and adapt. It refers to the physiological changes in the brain that happen as the result of our interactions with our environment. From the time the brain begins to develop in utero until the day we die, the connections among the cells in our brains reorganize in response to our changing needs. This dynamic process allows us to learn from and adapt to different experiences.”

A Brief History of Neuroplasticity

“…people’s brains
could positively change
as they grew older.”

Although the term “neuroplasticity” was likely first coined in 1948 by Polish neuroscientist Jerzy Konorski, the idea of “plasticity” existed long before that.

As early as the 1700s, Italian anatomist Michele Vincenzo Malacarne discovered that animals that had been subjected to intense training had significantly larger cerebellums (the part of the brain which controls motor functions) compared to their untrained counterparts.

Even Santiago Ramón y Cajal eventually changed his position on neuronal growth and recognised that, in contrast to beliefs at the time, people’s brains could positively change as they grew older. 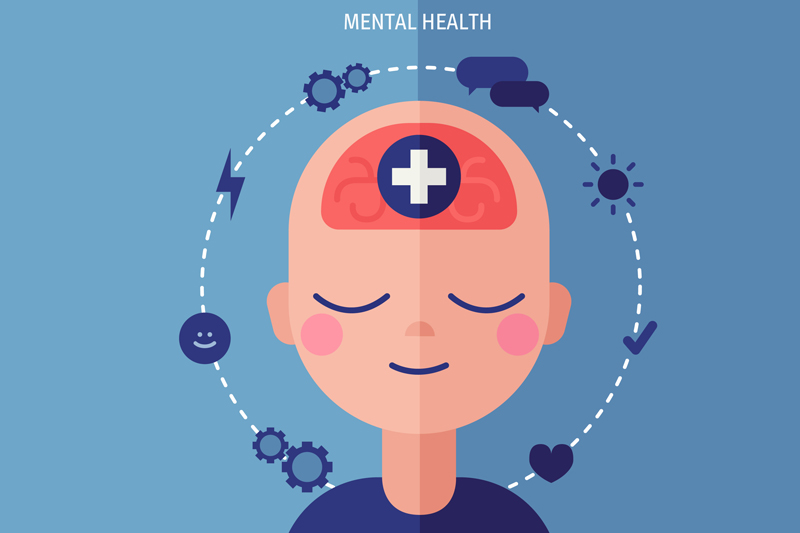 Fast forward to the present and the conventional belief held by all scientists today is that neuroplasticity and its benefits are a very real and tangible phenomenon.

What Led To This Paradigm Shift?

The answer lies in technological advancements such as brain imaging technology and magnetic resonance imaging that allow scientists to observe neural activity within our brains with far greater accuracy than ever before.

“…allowing our brains
to remain calm even when
we are not actively meditating..”

Mindfulness refers to our innate ability to be fully present in one activity and to focus solely on the experience in front of us.

Advocates of mindfulness, in particular practitioners of mindfulness meditation, have long believed that attention-based practices not only help us psychologically but can also cause physical changes in our brains.

As it turns out, these advocates have been right all along. Mindfulness exercises stimulate brain growth and neuronal connections through neuroplasticity.

Mindfulness meditation is a simple way for us to encourage neuroplasticity. Active meditation cultivates our ability to be at peace and to remain calm during the exercise itself.

However, these exercises slowly rewire our brains to be mindful as a default state, allowing our brains to remain calm even when we are not actively meditating.

Studies such as those conducted by William J. Cromie (Harvard Gazette, 2006), also indicate that people who meditate tend to have bigger brains than those who do not, reinforcing the idea that mindfulness does lead to the birth of neurons.

Meditation and Neurogenesis – You’re Never Too Late to Start

Recent research has shown that stem cells in the brain can grow neurons at any age. There is further evidence to support that meditation not only slows the decline of our brains but actually encourages the growth of neurons.

In a study conducted in 2014 by Tim Gard, Britta K. Hölzel and Sara W. Lazar, “The potential effects of meditation on age-related cognitive decline: a systematic review”, results show that meditation can improve the“attention, memory, executive function, and processing speed” of people, including the elderly.

Other scientific studies seem to corroborate the observation that neurogenesis is possible even as we get older – so long as we take part in mindfulness activities consistently.

For example, elderly people who were taught to juggle over a period of 90 days experienced an increase in neuronal volume.

Unfortunately, as Denise C. Park noted in “The aging mind: neuroplasticity in response to cognitive training”, the same test subjects who had experienced neuronal gains also experienced substantial loss if they did not occasionally practice their juggling skills.

Use It Or Lose It

The adage, “use it or lose it”, thus comes to mind, especially when it concerns our own mind!

Hence, meditation or any other mindfulness activity has to be done consistently in order for neurogenesis to be effective.

Here’s what a few mindfulness advocates say about neuroplasticity

“Meditation can … be profoundly healing. And it does that by working on the entire organism–from your chromosomes to your cells to your brain … And the brain, being an organ of experience, actually is continually changing its shape. This is that kind of discovery of neuroplasticity.”

– Jon Kabat Zinn, a pioneer of scientific research on meditation

“The conscious act of thinking about one’s thoughts in a different way changes the very brain circuits that do that thinking.”

About the Writer
Seow Chun Yang

Chun Yang is a Year 4 NUS Law undergraduate. He is passionate about the law, particularly anything to do with Intellectual Property or technology. In his spare time, he enjoys playing the bass guitar (still a Work-In-Progress), the occasional video game and going on forest trails. Interestingly enough, his most loyal reader also happens to be his best friend, a Shetland Sheepdog by the name of Kobe! 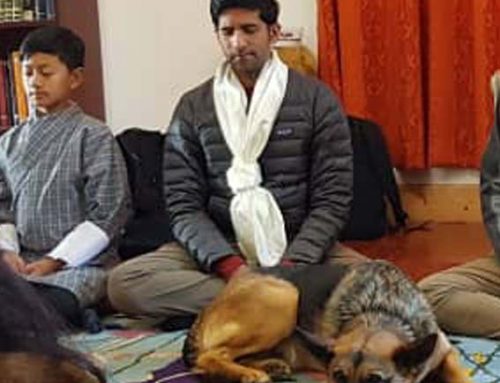 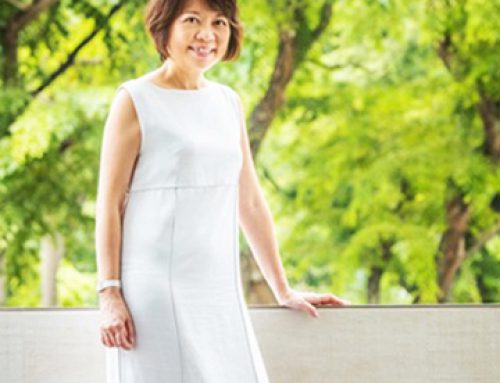 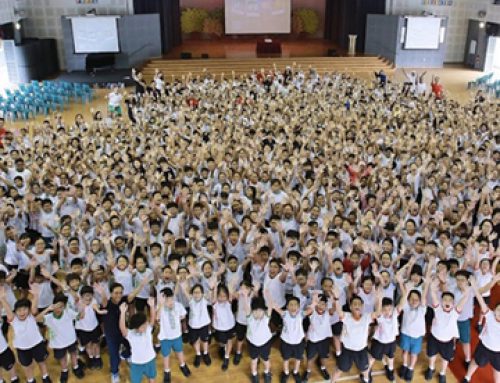 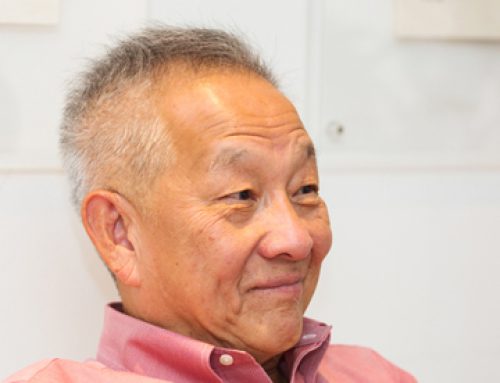